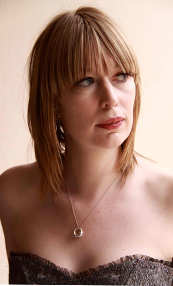 As a little girl, I would furtively read Enid Blyton well past my bedtime, hidden under the duvet with a torch, listening out for my parents’ footsteps on the stairs. I loved the magical world that authors created, how it allowed me to escape from my ordinary life, and longed to be able to do the same.

So seeing my first novel, Daughters of Fortune, being published is a dream come true for me. Yes, it’s a horrible cliché, and as a writer I should be able to come up with something better. But while it may be unoriginal, it’s also true.

The road to publication hasn’t been without its heartaches, though. It’s been three years since I finished the manuscript for Daughters of Fortune, so I’ve certainly had a long buildup to seeing it in print. And inevitably with all that anticipation, the actual event threatened to be an anticlimax.

With so much time on my hands, I made the classic mistake: I turned stalker. In an age when there’s so much information available on the Internet, it was hard not to sneak a look at how other authors were doing. From the news sections on their website, to twitter and facebook, I would read all about their fabulous reviews, tremendous sales, brilliant new book deals…

Sitting alone at my computer, it made for depressing reading. How was I ever going to compete against all these amazingly successful authors? Nothing that great was happening to me! It took my husband to point out that people only ever publicize their good news, so I was inevitably getting a skewed idea of how well my peers were doing.

That made me feel better for a while at least. But there were also other unavoidable setbacks, which inevitably got blown out of proportion in this overly sensitive – i.e. totally neurotic – writer’s mind.

A few days before publication, I was invited to take part in a feature on debut novelists. There was going to be a photo shoot and an interview, so I excitedly booked my hairdressing appointment, arranged to go shopping with my mum for a new outfit, began to drink lots of water so I wouldn’t get that inevitable zit…

And then an email arrived telling me that my services were no longer required. Along with disappointment came those nagging concerns: why didn’t they want me? Was it because the editor didn’t like my book? Did she decide I wasn’t interesting enough? Or, worse still, that I was too ugly!

But as the publication date got nearer, things began to improve. I started to get excited texts and emails from friends who’d spotted posters of Daughters of Fortune at train and tube stations. It was named book of the month on CBS. There was a fantastic full-page advert in Company magazine.

And then there it was – Daughters of Fortune was finally in the shops! I confess that even now – three weeks later – I can’t walk past a bookstore without going in to check out if they stock my book! It’s pretty much everywhere, prominently displayed at the front of stores and in the book charts.

As my publishers have started passing on sales news, things got even better. People were actually going to buy the book! Lots of them, too. But most importantly of all, I started receiving emails from readers – telling me how much they loved my book.

My best moment so far? Being in a bookstore in Waterloo Station, and seeing someone actually going up to the counter to buy Daughters of Fortune. It didn’t even cross my mind to go up and say that I was the author! I wouldn’t have wanted to put someone on the spot like that. But I can’t help wondering what she would have said if I had…