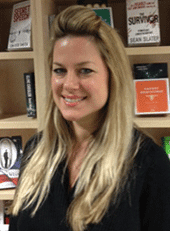 Last January I was watching Julia Roberts take off her wedding ring in the film Eat Pray Love, about to embark on a journey to “Find Herself”, when it suddenly dawned on me that I too had come to the end of a relationship. Except mine was with my ten-year-long acting career. So I made the biggest New Year’s Resolution of my life and decided to change professions.

A lawyer friend said I could intern for her and told me that the best interns did everything they were asked with good grace, and this became my mantra as I stood by the photocopier waiting with the other interns, all three of whom, even when I added their ages together, were younger than me. However it wasn’t long before I realised that you can dress Law up in all the glamour in the world, but it is a dry, dry subject and after ten hours of researching superinjunctions I learnt that sometimes interning is useful just to know which job you DON’T want to do.

Next I interned on a fashion magazine, but after a few days of writing about nail varnish shades I told my friend who was the beauty editor that it wasn’t for me. “You have to keep trying different things,” she said. “It’s like finding The One. You’ll just know,” and promptly gave me a huge bag of beauty goodies to cheer me up.

She was right. Two weeks later when I walked into the offices of an international publishing company, being surrounded by all those books, I just knew. On my first day when in a meeting for Books and the City, I saw the room was laden with baked goods and fresh coffee.

“Is this normal?” I asked one of the girls.

”Oh yes,” she said and promptly forced a Red Velvet Cupcake into my eager palms, “Welcome to publishing!”

My boss was quick to notice my enthusiasm and was soon giving me responsibilities and feedback which really allowed me to learn about the business. I watched her every move and tried to make myself indispensable, making copious amounts of tea (although I once forgot to boil the kettle which was a bit embarrassing). Often the girls would say “You really don’t need to make us tea and coffee all the time, it’s not what you’re here for,” but I was just so grateful to have found my “One” I was prepared to do anything to get a job there (and besides I felt that it was karma for all the tea various runners had brought to my dressing rooms in my time as an actress).

Then a few weeks in, my boss led me into her office. ‘We’d like to offer you a job,’ she said.

And to my absolute rapture I was signed up as Editorial Assistant for the fiction department, the beginning of my new career in publishing.

Those months of interning weren’t the easiest. Just like Julia Roberts’ character there was insecurity about the future plus, in my case at least, a lot of Heinz tinned soup for dinner due to lack of income, but throwing myself into the unknown, just like Julia’s character, paid off in the end. I have at last found the career for me, and making that New Year’s Resolution is the best thing I ever did.