Keep on Running! by Jane Costello 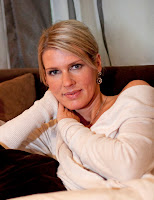 I was never what you’d call a natural athlete.At school I could take or leave PE; it was an excuse to leave the classroom but certainly not something to get enthused about. I joined clubs and teams because my friends did, but excelled at precisely nothing.When I look back, the only athletic enterprises at which I was considered vaguely passable were those which required as little actual movement as possible. Hovering behind first base in rounders, goal defence in netball. Oh, and javelin. I was very good at javelin – it only involved running fifteen steps and even I could manage that. Just about.

From an early age, I remember considering running a heinous activity, something that felt completely at odds with the natural functioning of the human body. It made my legs hurt, chest hurt, left me catastrophically puffed-out and with a stitch that felt as though I’d been jabbed with a knitting needle.

So why on earth would I want to do anything other than avoid it?

I was scarred for life on one school trip aged ten to a place called Colomendy, an outdoor recreational centre in North Wales, which every year held a big cross country race.

We must have only had to run a mile but it might as well have been the Boston Marathon as far as I was concerned. Out of hundreds of competitors, I came a spectacular . . . second to last. Oh, the shame of it. The only kid behind me weighed eleven stones and had sprained his ankle halfway round.

As I entered my twenties, something shifted slightly and I became interested, not in sport exactly, but being fit. I had no alternative if my chronic sweet-tooth wasn’t going to leave me with a backside the size of a generous Habitat bean bag.

So I went to the gym, I did Step and I rode my bike. The one thing I wouldn’t touch, however, was running. I hated running. I was certain of it. I might not have done it since I was ten, but my views were entrenched.

How I went from there to where I am now is difficult to pinpoint, because there was no great epiphany. All I know is, as I entered my thirties, the gym started to feel repetitive and my bike not especially challenging.

I’d done a bit of treadmill running – for no more than ten minutes at a time – and enjoyed that, so decided to make it a bit longer. Then a bit longer. When I got to half an hour, I wondered what it might be like if I took myself onto the road.

With some great tunes on my iPod, a beautiful day and undiscovered scenery stretching ahead, it became am uplifting experience, one I came to genuinely look forward to – and miss when I couldn’t do it.

Okay, I didn’t get as far as Texas, but I did do 10 miles the first time, then a few weeks later 13. A few months after that I got to 18 miles with my brother (though admittedly that was due to a navigational malfunction and – technically – I didn’t run the last two miles, I crawled).

The moral of the story, if there is one, is that I hear so many people saying: ‘Oh, I’ve always hated running’. Well, me too.

Only now I’m considering my first marathon – a prospect that fills me with as much excitement as it does trepidation. As long as I don’t come second to last of course.