How I came to write BAD SISTERS by Rebecca Chance 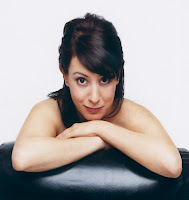 Rivalry, catfights, jealousy, stealing each other’s clothes, an unspoken competition that lasts your whole life… how could I not want to write about sisters for one of my bonkbusters? My subject, what I’m really fascinated by, is women – what we do to each other, good and bad, how we relate to each other, and there’s no richer place to find women loving and hating and scheming than in a family, the closest bond of all. I have two sisters myself – good ones, who I love very much – but there’s no way you can be a sibling and not be aware that for the whole of your life, you’re comparing yourself to the other girls in your family. Who has the best legs? Who makes the most money? Who’s Mummy or Daddy’s favourite? Maybe it’s because I’m one of three sisters myself, but that immediately seemed the perfect number – three means that two can gang up on the other one, it means you never have just two girls going head-to-head without a third perspective coming in as well. Because sisters always get in each other’s business.

I used to write crime novels under my real name, Lauren Henderson, and I always try to have a crime or mystery element to the Rebecca Chance novels. So as soon I’d decided that I really wanted to write about three sisters, I thought: family secret. I would give them something that tied them together even tighter than the blood bond that family members share, an awful, hidden secret that they would all have to keep buried for the rest of their lives. And there would have to be a twist to it, of course, some revelation that would come out in the last few chapters. I’d play fair all the way along, describing scenes as they had happened, but at least one of the sisters would have an extra, concealed motivation for everything she did and said. A betrayal that would be even more powerful, because she wasn’t playing fair with her own family.And it would also be about each sister trying to break free from the family ties and find out who she was – because that’s something that we’ve all experienced. Deeley, the sweet, ditzy youngest sister, who’d been happily ensconced as a trophy girlfriend in LA, would be unceremoniously kicked out of her cosy nest and have to find her own feet for the first time. Devon, the gorgeous celebrity cook, would realise that though her marriage seemed perfect to outsiders, the reason she was comfort-eating was that she wasn’t really satisfied or happy. Deeley would be jealous of Devon’s success, Devon of Deeley’s freewheeling style and natural slimness. And Maxie, the oldest sister, the most successful and ambitious, would be jealous of the other two, because they had it easier than her; she’d done all the hard work to pull them out of the gutter and into a dazzling A-list life, and they’d just followed along in her wake.

I hadn’t even plotted the book out in detail, and already I had more than enough material. Over drinks with my editors at a club on Shaftesbury Avenue, we talked about the idea. Thankfully, they loved it and were brimming with great ideas and suggestions; we jabbered away for a few hours, I went home and the next day I wrote an eleven-page outline and sent it off to them. They approved it with hardly any changes, and I promptly started writing. It was barely even like work – when you have an idea that really flows, it comes very easily, and Bad Sisters certainly did. Ironically, the title came last, suggested by my editor! Well, someone else had already taken Three Sisters…