Getting Emotionally Attached to My Characters by Milly Johnson 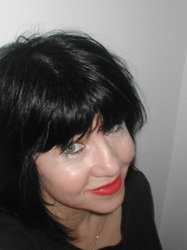 One of the questions I’ve been asked more than once is, ‘Do you laugh or cry when you’re writing?’ And the answer is a big fat yes. I can be found chuckling at my own jokes – which isn’t as big-headed as it sounds because often when they appear on the page, it’s the first time I’ve seen them. You’ll have watched comedians crack up at their own material and use the excuse, ‘Sorry, I haven’t heard that one before’ – and I know exactly what they mean. It’s as if someone else has made up the joke and used you as a conduit. And when I write about sad events, I am in the middle of the action feeling it all.In The Yorkshire Pudding Club, I felt very claustrophobic writing about Elizabeth running away from her father; in A Spring Affair, when Lou is clearing out her attic and breaking her heart, I was breaking mine; I was giggling to myself writing about the very fat dressmaker in A Summer Fling and in White Wedding I felt so desperately sad for Glyn’s parents, I had to stop myself trying to rescue them. And in my new book, A Winter Flame, the chapter that so affected my editor crippled me to write because (no spoilers) I didn’t want it to happen, but it had to – and I felt as guilty as a murderer. That’s the trouble with characters – they become too real and authors grow attached. And if you feel sad when someone you like dies in life, you feel a loss too when you have to ‘kill your darlings’. But I know that if my writing doesn’t move me, it isn’t going to move anyone else.

It’s not just laughter and tears I feel. I’ve had the vapours a couple of times writing a bit of a saucy scene. Gratuitous sex doesn’t fit into my novels, but my heroes and heroines are full-blooded people and occasionally it is necessary to have them indulge in some passion. I can come over quite melty because of some of the nice things that happen to my heroines, and feel hurt for them too. Sometimes I can do that by conjuring up old stored feelings of rejection and betrayal, sometimes I have to call on my imagination. If I didn’t have the capacity to imagine, I’d never have been able to write a book about a snow-filled Christmas theme park whilst sitting on the balcony of a ship cruising through near-tropical Mediterranean air. But then, I’ve had a career in writing greetings card jokes for years and it always happened that I was writing jokes about Santa sunbathing in the garden (that’s me sunbathing, not Santa) and composing gentle springy Easter cards in the middle of winter.

Sometimes you have to do a bit of research, of course. I can imagine a semblance of what it must feel like to be widowed young or to have won the lottery, but it hasn’t happened to me so I need to do some work on getting that right. Then again, people react differently to joy and crisis so at least you get some leeway. But knowing your characters well will give you an indication of how they would meet with any life-changing events. I like to get inside my ‘people’ and wear them like an overcoat, walk in their shoes. It sounds daft, crazy because it is. Writers are artists – total nutters – but perfectionist nutters. All we can do is accept that fact and carry on.