An Open Letter to Kate Middleton by Helen Warner 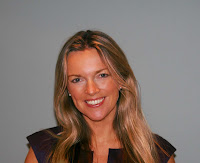 Congratulations on your forthcoming marriage.  How happy you must feel, yet how terrified too.  Getting married to a commoner is daunting enough but marrying the future king of England propels you into a whole new stratosphere.  Or does it?Marriage is so complex and difficult whoever you are and, especially if you have children, it’s so important to get it right.  But when it works, there is nothing like it for giving you a sense of security and unconditional love that makes you feel as if you can take on the world.  From the moment you say your vows, you will no longer have to face anything alone.  Forever more, you are part of a team and if that team pulls together, it will be indestructible.When I got married, it was to my childhood sweetheart, Rob.  I met Rob when I was 8 and he befriended my older brother, Ian, at school.  When I went on holiday with my little sister, to stay with my grandparents in Wales, it was Rob and Ian who accompanied my dad to collect us two weeks later.  I had spent the whole holiday crippled with homesickness, so when Rob displayed the same symptoms, much to the embarrassment of my brother, I was able to hold his hand and tell him I understood how bad he felt.  There is a photo of us from that time, standing on a cliff overlooking the sea, which we still have on our mantelpiece today.

We finally started going out together just as I turned 18 and Rob was 21.  When I left home to go to university, it was assumed that we would break up.  After all, we were very young and, just like you and William, there were lots of other exciting people to mix with.  But even though Rob had a dead-end job working for a shipping company in our hometown of Harwich, he immediately transferred to London to be near me and threw himself into getting to know my university friends.  In fact, to this day he has more friends from my course than I do.  He played in the football team, formed a band with some of the guys and even played tennis with my tutors!

In the 3rd year, when I was 21, one of my friends from university told me that she could guarantee that I would not still be with Rob when I was 31.  Rob was furious when I told him but I think we could both see why she had said it.  And our relationship did flounder, once I left university and got my first job in TV.  It was the culmination of a lifelong dream for me to get such an incredible opportunity and I threw myself into it wholeheartedly.  To be honest, I stupidly thought everyone in TV was far more exciting than Rob, who by now was working full-time as a musician in London.

We started to drift apart and spend less and less time together, which is when we learnt the most important lesson for us as a couple: when things start to get shaky, spend more time together, not less.  So we booked a two-week holiday and spent those 14 days getting to know each other again.  On our return, we decided to get married.

Our wedding was small (not a luxury you will be able to have!) but I had no doubts as I walked down the aisle, that I was marrying the only man I could.  Just like Anna in my novel, RSVP, I knew that Rob was the one.

Over the next 7 years, as both our TV careers took off, however busy we were, we always wanted to look after each other.  We would fight over who did the washing up – not because we wanted to do it, but because we didn’t want the other to have to.  If we ever started to wobble, we would make a concerted effort to reconnect with each other and spend more time together.  It always seemed to work and reminded us why we had got together in the first place.

Then, in 2000, our beautiful daughter was born and everything changed.  When you have children, you realise that only the other parent will truly understand how much you love that child and so even though Rob was by now working very long hours, having established himself as a film editor, our relationship entered a new, much deeper and more spiritual phase.

When, after a year, I got offered a high-powered job on a daily, live show, it made sense that we should swap roles and Rob should stay at home with Alice full-time.  We have continued to flip-flop ever since and although there have been some tough times, we have both learned so much from our slightly unusual set-up.  Rob says that when he is at home, he has learned not to tell me when the children are upset or asking for me because he knows that there is nothing I can do about it and that they will be quickly and easily distracted.

In turn, I have learned to keep my mouth shut about things that don’t matter.  If the house is a mess or the children’s clothes aren’t ironed, it isn’t a big deal.  The fact that he is there for them, making them feel secure and happy, without letting his ego get in the way, is vital for all our wellbeing and I tell him all the time how much I appreciate what he does, as he does me.

And that is the final lesson we have learned for a happy marriage: show each other how much you appreciate who they are and what they do.  Look at them every day and tell them if you think they look great.  Most of all, laugh a lot and treasure what you have.

I wish you both a very long and happy marriage.